Aegir is a global energy consultant agency that helps companies break down the barriers to entry and navigate the complex global ecosystem of the Offshore Wind Industry. From a foundation of first-hand experience, we bring practices and guided strategies to ensure the necessary systems and elements are in place to succeed locally.

It began with a fascination with nature’s strength. A fascination that developed into a passion with the Offshore Energy Industry, seeing its untapped potential as an opportunity to help companies expand their reach and impact to think more globally.

Aegir Wind Solution wants to contribute to the climate change narrative, developing local supply chain solutions for the burgeoning US and Taiwan Offshore Wind Industry. Our three consults have different backgrounds within the Offshore Wind Market and combine that with their best-in-class practices and technologies from Europe and Taiwan with US knowledge and expertise.

Alexander’s interest for wind energy engineering began at a rather early age. Growing up, he would accompany his father to the Nordtank wind turbines of the plant in Denmark. While counting bolts and running errands at the plant, Alexander developed a life-long fascination with nature’s strength. This fascination developed into a passion and career of advocacy, leadership, and a global contribution to the climate change narrative.

After obtaining a B.S. in Mechanical Engineering from Aarhus Engineering College, Alexander began his 20+ year global career in Australia. He quickly rose up the ranks and leveraged his natural leadership skills to spearhead transformative projects and emerging technologies worldwide, including Taiwan, China, Russia, the U.K. & lastly the United States. His distinct ability to clearly define a company’s vision and align the appropriate stakeholders in a systematic and collaborative environment has led to a strong track record of leadership excellence. For example, as VP of Offshore Renewables at Xodus Group, Alexander established a robust and successful U.S. division in Massachusetts with a healthy pipeline of qualified leads. He sourced and trained a highly skilled team and developed a significant footprint in the regional Offshore Wind industry.

As a visionary and renewable energy expert, Alexander provided this same consultative approach to numerous other entities entering the Offshore Wind Market. It was during these encounters that Alexander honed his collective, international expertise as a leader, advocate, and producer to support companies interested in expanding their reach into this rapidly evolving field. Thus, Aegir Wind Solutions was born.

When Alexander isn’t finding creative ways to solve global challenges, you can find him being out in nature, sailing, or mountain biking with friends and family.

Anders Krogh is a seasoned supply chain leader with over 20 years of hands-on experience in various industries, including over a decade within the offshore and renewable energies market. He began his career “in the field,” so to speak, working in manufacturing, procurement, and quality control with international companies such as Grundfos and BSM A/S. These formative years exposed Anders to the internal components manufacturers need for a successful supply chain and productions operation.

His experience with global organizations gave him a vantage point into their complex infrastructure and what prospective supply chain companies need to effectively collaborate with large enterprises. Anders leveraged this experiential knowledge as a senior manager at the global renewable energy giant, Vestas Wind System.

In 2014 Anders joined the newly established joint venture between Vestas Wind Systems and Mitsubishi Heavy Industries, to lead the development of the Direct Procurement department. From the initial design of departments and processes and into a mature strategic Procurement function, with over two dozen of employees. Anders developed a passion for the Onshore and Offshore Energy Industry, seeing its untapped potential as an opportunity to help companies expand their reach and impact.

These collective experiences became the catalyst for a new joint venture, as Anders set out to become a Managing Partner and Co-Founder of Aegir Wind Solutions in 2021. He now consults organizations looking to enter the Offshore and Onshore Wind Energy Market on how they can improve collaboration across their value chain to remove silos and optimize their internal systems and processes.

Anders has a background in production engineering and a degree in Leadership and Management from Aarhus Business College. A lifelong interest in various genres of music Anders enjoys discovering new artists and attending live concerts. To keep in shape Anders often enjoys nature when riding his Mountain bike.

With over two decades’ worth of leadership experience in international commerce and business development, Paolo Ingarao has a proven track record for increasing profitability and operational efficiencies for multimillion-dollar enterprises. He began his career in mechanical engineering as a Process Engineer for Morgan Carbon Italy and quickly grew into executive roles with international brands such as GVS Filter Technology and Vestas.

Paolo has provided businesses the tools needed for a systematic approach to exponential growth throughout his career. For example, as Vice President at Vestas Tianjin, Paolo was responsible for growing the Converters and Controls Assembly Business Unit in by a factor 4 in 22 months.

By leveraging his 20+ years of experience in various industries, Paolo has the ability to help organizations define their challenges and identify the steps needed to address these challenges — from product development to key account management and revenue generation. As a seasoned executive, Paolo understands the need to designate organizational structures and governance for the purposes of cohesion. His international exposure (Belgium, United Kingdom, Mainland China, and Taiwan, to name a few) has allowed him to develop an empathetic approach to leadership with cultural sensitivity that fosters a collaborative environment.

As Managing Partner at Aegir Wind Solutions, Paolo combines his global, strategic mindset with his practical ability for local implementation.

Aegir Wind Solutions wants to contribute to the Offshore Wind Industry, and we have big ambitions for the future. We support companies in navigating locally and expanding globally in the Offshore Wind Industry. We understand the need to think globally, but for enterprises with finite resources for organizational and new product development, the technical and supply chain complexities and lack of visibility can make this new market hard to approach.

The US and Taiwan Offshore Wind Industry are emerging with tremendous potential but also a fragmented and uncertain delivery pipeline. The local supply chain is virtually non-existent; it simply needs to catch up to 20 years of European experience and comply with requirements for cost reductions and state-level local content.

Do you want to think more globally?

If you have any questions or inquiries about our offerings or about how we can help you and your company within Offshore Wind Industry, feel free to give us a call.
Aegir is a global energy consultant agency that helps companies navigate the complex processes that can be barriers to entry — from practical, guided strategies to ensuring the necessary systems and elements are in place to launch successfully. 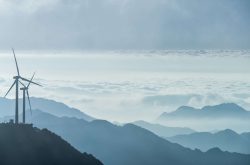 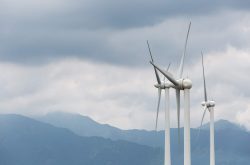 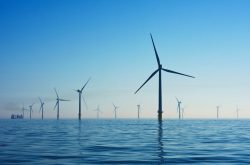